A Monstrous Talent: an interview with Steve Bissette, part5. 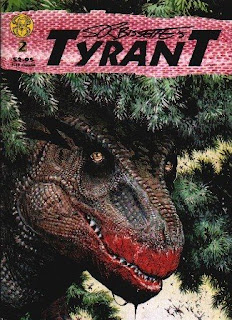 To finish, Steve Bissette speaks about a new book on Neil Gaiman's works and also his plans for the future.

WS: Thank you a lot for this interview, Steve!
SB: I'm constantly amazed how global the readership for some of the work I've done truly is. My deepest thanks to all in Brazil who may have laid eyes on Swamp Thing or something else I may have had a hand in, and I hope it repays in some measure all the pleasure I've derived over the years from the doing of it.
I should also add that I'm a huge fan of the José Mojica Marins films and comics, particularly his Zé do Caixão character, films and comics from the 1960s. I was privileged to meet, interview and dine with José when he first came to America's 'Chiller Theatre' convention in New Jersey over a decade ago, and thanks to DVD have managed to see all his extant films since then.
I also love many other Brazilian films and comics, though it's the more unusual films -- like Joaquim Pedro de Andrade's adaptation of Mário de Andrade novel Macunaíma, and the marvelous Como era gostoso o meu francês, which was made around the same time (1969-71) -- I tend to gravitate to. Thanks to a number of fans in Brazil, I've been able to trade for copies of the Brazilian DVD releases of these films recently, as well as a few of the recent low-budget zombie films made in your country. I love it all!
Postado por Wellington Srbek às 22:00